My favourite ever Cardiff City game has to be the 2-1 win against Leeds in the FA Cup at Ninian Park in 2002.

Leeds at the time were the kings of British football. Top of the Premiership and playing in Europe, while we were two leagues lower in the old Division Two (now League One). The atmosphere at a rammed Ninian Park was insane in what was a giant killing at the time.

Below is a video of highlights of the game.

Leeds took the lead in the first half through Mark Viduka before my favourite ever Bluebirds player, Graham Kavanagh, equalised. The skipper scored a curling 25-yard free-kick to draw us level and send me and everyone else in the stadium wild.

The Premier League leaders then had Alan Smith sent off for a foul on Andy Legg before things got even more crazy when Scott Young scored the winner three minutes from time, invoking a pitch invasion from the Cardiff fans at full-time.

As I’m only 20 years old I can’t say I’ve had the honour of seeing legendary City players such as Phil Dwyer, John Toshack and Fred Keenor play as they were well before my time. So I’ve decided to do my ‘modern’ greatest Cardiff 11, from when I went to my first game at Ninian Park, aged six.

We signed the original “Scotland’s number one” for £200,000 in 2001 and he spent six years at the club. He was a brilliant shot-stopper and I was always a big fan. Alexander was our keeper when we won the Division Two playoff final against QPR in 2003. Credit to both of our current goalies in Marshall and Heaton who I feel are two of the best we’ve had.

Leggy initially got stick from City fans when he joined us in 1998 as he previously played for Swansea. However, many solid and consistent performances (and an unbelievably long throw!) soon won over the Cardiff faithful as he became a fans favourite. Since his time at City, Legg has been diagnosed with cancer and has battled through it tremendously. I went to his testimonial match in 2006 which was a real treat as players from all generations were present. 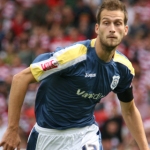 Johnson was my favourite player during his time at the club, partly because I used to play in the centre of defence, and also because he was just awesome. Not only a rock at the back but he also contributed with a lot of goals going forward. Another shrewd Dave Jones signing as we got him for £275,000 and sold him for £5,000,000 three years later. For a Championship defender to be sold for that much just shows how good he really was. Ever present in our FA Cup Final campaign and scored a memorable diving header against then Premier League Middlesbrough.

Gabbidon’s excellent performances in a Cardiff shirt mean he has to be on my list. Another prominent member of the 2003 playoff winning side and I was gutted to see him leave alongside James Collins when the club was strapped for cash.

Appearances: 248 (At time of writing)

Super Kev is easily the best right back we’ve had in the last 15 years and has been a superb servant to Cardiff City. He covers so much ground in a game, up and down that right wing nonstop and was last season’s player of the year. He also has the best chant I think we’ve ever had for a player!

I still have a shirt from quite a few years ago which had LEDLEY 16 on the back, and best of all I got it signed by the man himself! Chris Gunter egged him on to sign it ‘Deadly Ledley’ and to be honest I wish he had. Cardiff born and bred, Ledley scored some very important goals for the Bluebirds including the one against Barnsley to take us to the FA Cup final. Joe was also somewhat a utility player for City, playing all over midfield and also at left back. One of my favourite players and how I wish he was still on our wing!

An absolute legend as far as I’m concerned and my favourite ever Cardiff player. Kavanagh was the captain who led us to promotion in 2003 and always led by example. He set up god knows how many goals and also scored a few crackers in his time here too. Kav was City’s first £1 million man when he signed from Stoke in 2001, money that was unheard of before at Ninian Park. His most famous goal will be that free-kick when we beat the mighty Leeds in the FA Cup back in 2002. To say I was gutted when he was sold is an understatement, but I will always remember the magical moment when he scored the first ever goal at the CCS when he played in a one off ‘legends’ match.

With his first stint with us, Koumas was at the time the most skilful player I have ever seen don the blue shirt. I know he was only a loan signing but he was very influential in his time with us. He always looked dangerous on the ball and almost everything good we did that season came through him. A free-kick maestro, Koumas returned to us in 2010 but unfortunately was a shadow of his former self. However I remember the player that gave us many magic moments and that is why he’s on my list.

Appearances: 257 (At time of writing)

Of course he’s on the list, “he does what he wants” after all! Easily our best player so far this season and always contributes with a lot of goals from midfield. Whitts always seems to have his own ‘goal of the season’ battle with himself and he truly has scored some screamers. The curling effort against Middlesbrough, the bullet free-kick versus Leicester, the keepy uppy and volley against Barnsley and the first time lob against Reading. All these are memorable goals and hopefully Whittingham will still be with us in years to come.

Appearances: 220 (At time of writing)

Earnie is Cardiff’s second all time leading goal scorer and played a pivotal role in propelling us from Division 3 to Division 1, (now the Championship). He signed for us again this season but has barely featured so we haven’t seen that trademark summersault celebration as much as expected. Earnshaw holds the record for the most ever goals scored in a single season for us with 35 in the 2002/03 campaign. He was sold in 2004 for £3 million to West Brom and has always been a fans favourite at Cardiff.

One of the most prolific strikers in the Championship in recent years and has played for the Bluebirds on four occasions, twice on loan. We signed Chops for a mere £250,000 and he went on to be named player of the year in his first season with us. Chopra was sold for a club record £5 million to Premier League Sunderland in 2007 but we bought him back for another record fee of £4 million in 2009. 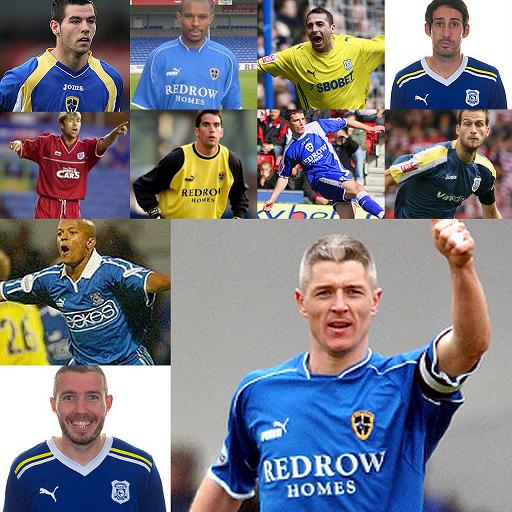