At the start of this season I, like many others, expected a season of mid-table mediocrity for Cardiff. Yet yesterdays win at Selhurst Park meant a third consecutive finish in the playoff places in a season that we also reached our first ever Carling Cup final. This is a massive achievement and credit to Malky Mackay and his players who have been superb this season.

City fans travelled to Palace in numbers knowing that a win or draw would guarantee us a top six finish and the Bluebirds started the game brightly with Joe Mason having the first good chance. Liam Lawrence’s 20-yard drive was spilled by Palace keeper Lewis Price but he was up quickly to deny Mason’s follow up. 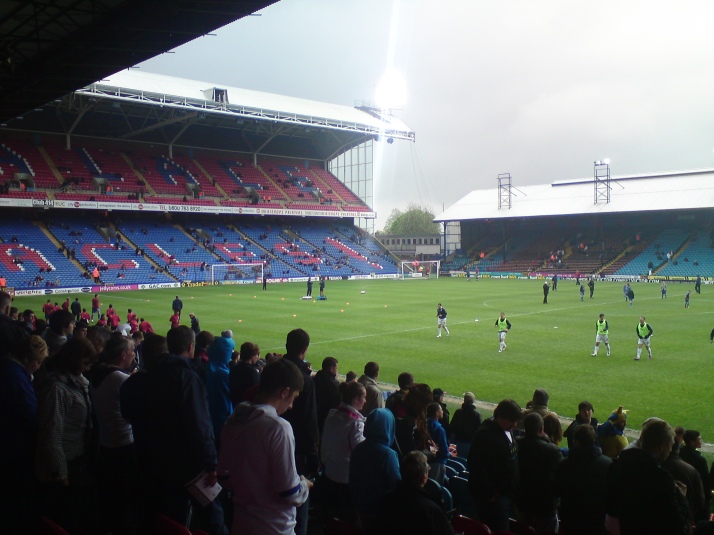 My view of the Selhurst Park pitch prior to kick-off

But it was the home side that took the lead against the run of play. Wilfred Zaha played the ball to Darren Ambrose before racing onto the midfielder’s defence-splitting through pass to finish under the advancing David Marshall. This made things a lot nervier for City as a Middlesbrough win with us losing would have meant dropping out of the playoff places.

The Cardiff faithful remained in fine voice and Price kept out headers from Mason and Mark Hudson before half-time. Kenny Miller went close in the second period when his drive went just wide of the far post but the Bluebirds took the lead shortly after. Peter Whittingham curled in a free-kick from the tightest of angles on 53 minutes. This was the midfielder’s 13th goal of the season and there was a massive sigh of relief from the away end. I ended up celebrating with two lads in the row in front who came dressed as Mr Blobby and a chicken which was different to say the least.

The pressure was somewhat lifted nine minutes later when the Bluebirds took a deserved lead. Hudson flicked on Aron Gunnarsson’s long throw to Don Cowie who volleyed into the bottom corner of the Palace net. This is the first time this season that Cardiff have come from 1-0 to win a game and the players and manager looked jubilant on the pitch at full-time. 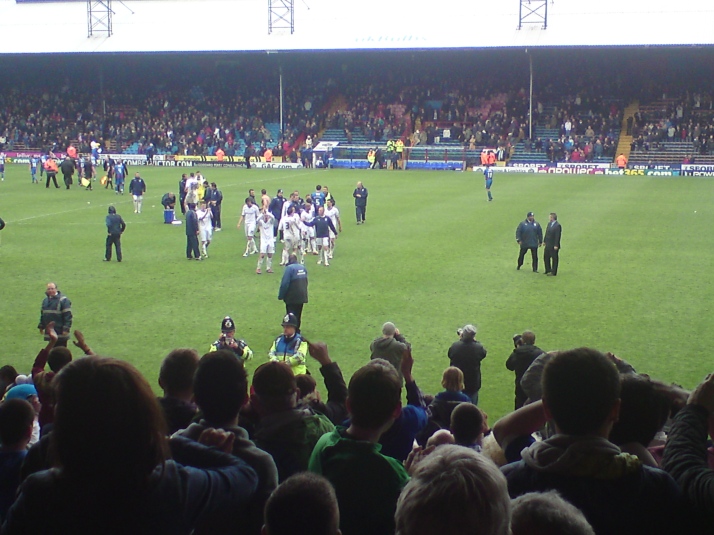 So playoffs it is then. We are the only one of the four sides who weren’t in the Premiership last season and it’s going to be a difficult task. However, we are unbeaten in 10 and have won four of our last six matches so we’re going into the games in fine form. Cardiff have now finished in the playoffs for the last three seasons and although we’ve failed in the last two, this time we are going in as the underdogs which is a status we always seem to thrive off. Hopefully this is the case and we can reach a Wembley final for the second time this year.

All photos taken by myself